RULE NO. 18: GAMES ARE FOR CHILDREN 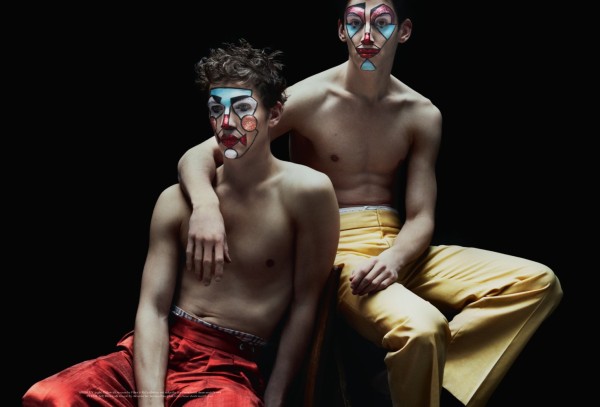 I’ve been dating men for close to a decade and in that time I’ve learnt some valuable lessons, the most important of which is that “games are for children”. Before I elaborate, let me share with you a recent experience that perfectly highlights my point.

I recently went on a date with an attractive younger guy. He seemed keen from the get go to set a time and place to meet and after a few false starts we finally agreed on a night that suited us both. We met for drinks in a bar one evening and indulged in interesting conversation. Although I’m reluctant to date younger men, he seemed mature beyond his years and I was captivated by his ambition and intelligence. My professional background has made me cautious however of people who are very skilled at selling themselves. I’ve come across many characters who present themselves well but fail to actually “deliver the goods” when it comes to crunch time. I threw caution to the wind as our banter intensified and our conversation became candid.

I should have been weary of the fact that he was still coming to terms with his sexuality, (one of my dating rules is to try avoid bisexual/questioning/closeted men as their journey of self discovery often adds a level of difficulty to the relationship) but once again I ignored my better judgement. Regardless of his stage of homosexual progress, I was lured into a false sense  that this guy was different. We openly discussed the topic of “leading people on” and I stated my position: I would rather blatantly be told that someone wasn’t interested in me than to be led on. He agreed. We finished our drinks, said our goodbyes and both agreed that another date was imminent. On my way home he sent me a message, the contents of which confirmed (in my mind at least) his interest and that he had enjoyed the date as much as I had. I responded similarly.

Two days past and reflecting on the date and the open and honest conversations we had shared, I decided to message him to make plans for dinner. Some may say that two days is too short of time to reinitiate correspondence but believing that we shared similar dating values, I decided to go ahead anyway. The afternoon passed and I waited for a response. By 11:00pm and with no response I justified that perhaps he had been under pressure at work and hadn’t had the time to write back. After two days it became evident that I was never going to receive a response.

I was completely confused by the situation and unsure why someone who supposedly held similar values to me would not respond to a simple SMS, even with an honest “thanks, but no thanks”. Secretly hoping that he had been hit by a car (why else would he not have responded?), I scoured his Facebook page to check for “get well soon” messages but unfortunately he was fine. Actually he was better than fine. From what I gathered from the tagged pictures and status updates he was enjoying a very social weekend. Normally such a situation would not have affected me. I’ve come across dozens of immature boys who’ve acted similarly and easily brushed it off as learning experiences but I was shocked. Not shocked because he had convinced me that he was different, but shocked because I had believed him. I had ignored my dating intuition which had told me to be weary of questioning, younger boys and I had been duped.

The only conclusion that I can draw from this experience is that it had all been a game and I hadn’t been playing by the rules. But I never wanted to play the game in the first place. Through my many dating experiences, I’ve realised the pointlessness of game playing and how it becomes a boring and endless cycle. I’ve learnt to be open and honest from the onset as this is the only way of attracting likeminded people. I believe that game playing is a reflection of our need for attention; it’s the insecure child inside of us that wants to be wanted by others in order to feel worthy. We chase after other people’s affection to satisfy our own insatiable need to be loved and once we’ve received their attention and affection we lose interest and start a new game with someone different. When someone plays all their cards and shows too much affection or attention too soon then our interest wains just as quick. This is the genesis of the saying “be mean, keep them keen”. If you deny someone of the one thing they need (love/attention/affection) then they’ll keep chasing you until you give it to them.

The moral of the story is that game playing is unnecessary and reflects poorly on the person who is consciously or subconsciously playing to “win”. At the end of the day there are no winners. We are meant to be in this together so that we can find a partner who loves us for who we are and not how tactical we are at playing with their emotions. Honesty is often said to be the best medicine. If you like someone, tell them and if you’re not digging their vibe then have the balls to tell them that too.