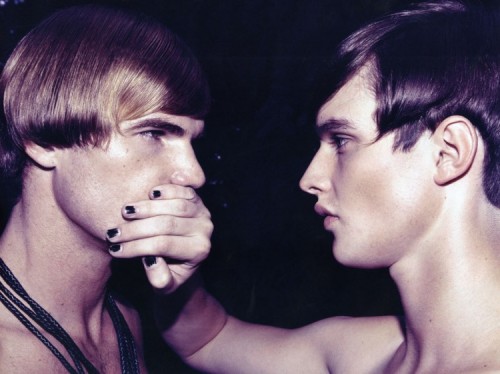 It was a Sunday afternoon in summer. A female friend of mine had asked that I entertain a friend of hers while he was in Sydney. She assured me that although he was ten years my senior, he was handsome, charasmatic, successful and friendly. Obviously I was sceptical but being the friend that I am, I agreed to do her a favour. I met him at a popular Sydney restaurant for drinks and we hit it off instantly. He was handsome and charismatic, just as she described. The conversation flowed and we were getting on like old friends. After a bottle of champagne we headed to a local gay venue for a few more drinks. Being a Sunday, this particular venue was wall to wall with gay men.

“Not really” I replied after scanning the room for potential. “I’m very picky”.

My blood began to boil.

How dare this guy presume to know me after one bottle of Clicquot and an afternoon of small talk. Couldn’t he tell that I’m confident and self-assured? That I’m successful and intelligent. That I’m the whole package. That I’m just waiting to find the right guy. That I’m…. insecure.

As I tried to reach for a defensive response I was stumped because in that instant it dawned on me, he was right. I wasn’t picky at all, I was afraid of rejection. I was insecure. Behind the confident facade, I was a scared boy, afraid that nobody would  love me. For so long I had hidden behind a vail of protection disguised as “pickiness”  in order to dismiss guys before I even had a chance to make a move; before I had the chance to be rejected.

He’s too short. Too buff. Too skinny. Too gay. Too butch. He dresses badly. He’s too old. Too young. Too tanned. Too many tatooes. Too clean cut. Too hipster. Not hipster enough. He’s not successful. He’s not my type anyway. I doubt I’m his type.

There have been so many excuses.

I realised that I had created a defense mechanism which had protected me for so long from facing rejection. Before I even had the chance to be rejected, I would justify reasons why I shouldn’t approach a particular person or give them a chance. This is such a limiting view of life. In retrospect, the greatest loves I’ve had have come from finding the courage to approach the handsome guy across the bar. But I’ve missed so many moments too due to my insecurities and unjustified justifications. I think about the times I wished I had said something to the guy who made eyes with me in the supermarket, or the boy from Canada my friends brought to the party. What could have been if I just had the courage to say “hi”?

A heart that is never broken dies of dystrophy. It’s only thorough the broken heart that light shines through. Without risk there is no reward. So instead of pretending that you’re just picky or waiting for someone to approach you, recognise your insecurities and try work on them. We need to have faith in ourselves and what we offer to the world.

A friend of mine who worked in marketing for an energy drink company (let’s call it Energy X) once told me a story that changed my way of thinking. She said, “Josh, at Energy X we don’t try convince people to like our brand. Some people drink Coke, others like Iced Tea. We have enough faith in our incredible brand that we appreciate those that love Energy X and it is those people who we pursue. We don’t try convince someone who only drinks Coke to drink Energy X too. You are like Energy X. Have faith in your incredible brand. Know that not everyone will like you or be attracted to you but appreciate those that do. Pursue them“.

This has stuck with me till this day and has helped me overcome my insecurities and my fear of rejection (a fear that we ALL share). We cannot convince someone to like our drink if they only drink Coke. Just the same as you aren’t attracted to everyone you meet, not everyone will be attracted to you. Be brave and be honest and realise that all this time you haven’t been picky, you’ve just been insecure.