If you’ve become somewhat jaded like me with modern male celebrities then history is the best place to turn for some enduring examples of true sex symbols. You can keep your Pitts, Efrons and Clooney’s but please leave me with my Brando. Often described as “rock ‘n roll, before anyone knew what rock ‘n roll was”, Marlon Brando earned a bad boy reputation for his public antics. But it was his work in films such as A Streetcar named Desire, The Wild One and later on in his career The Godfather, that cemented Brando as a cultural icon.

Born in Omaha, Nebraska on April 3, 1924, Marlon Brando’s popularity endured for over 60 years. What’s most exciting for The Modern Gay was Brando’s openness about his homosexual experiences, stating in an interview in 1976, “Homosexuality is so much in fashion it no longer makes news. Like a large number of men, I, too, have had homosexual experiences and I am not ashamed. I have never paid much attention to what people think about me. But if there is someone who is convinced that Jack Nicholson and I are lovers, may they continue to do so. I find it amusing.”  Over 30 years later I have yet to hear another famous male actor speak so openly about their sexuality let alone about their gay experiences. Brando also supposedly had an affair with James Dean. 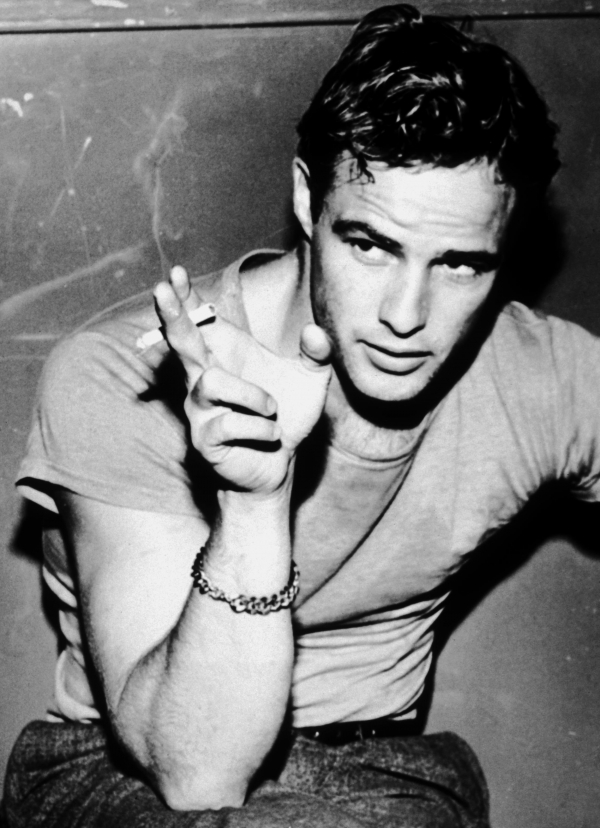