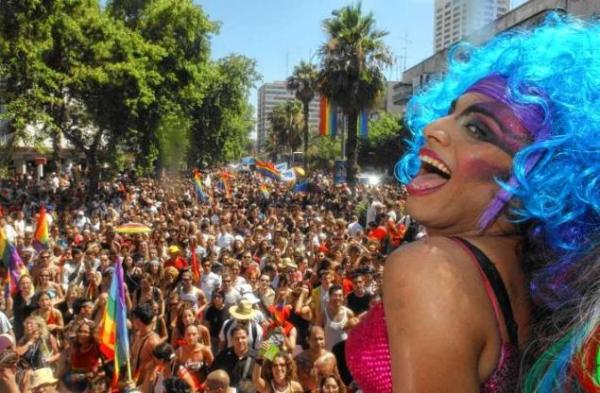 If you’re not in Tel Aviv this weekend then you’re missing out.

Tel Aviv Pride is celebrated throughout the month of June with beach parties, exhibitions, festivals, concerts and a city-wide Pride Parade which attracts over 20,000 international visitors. In 2012 Tel Aviv was named the ‘World’s Best Gay City’ and take it from someone who has visited the place 3 times, it certainly deserves the title. Not only are the men gorgeous but the vibe of the city is electric. It is often referred to as “the (other) city that never sleeps” due to the nighttime culture and general YOLO attitude of the Israeli people: I guess that’s a result of living in a hostile region where YOLO takes on a whole new meaning.

Israel has a very progressive attitude towards homosexuality, particularly when it comes to treatment of gays in the military. Openly gay soldiers serve without hindrance in all branches of the military. Discrimination against gay and lesbian soldiers in recruitment, placement and promotion is prohibited as is harassment on the grounds of sexual orientation.The military recognizes same-sex couples, including widows and widowers of the same-sex, while homosexuals have been allowed to serve openly since 1993.

Where else in the Middle East could you get away with this camp Pride video (without fear of persecution)?