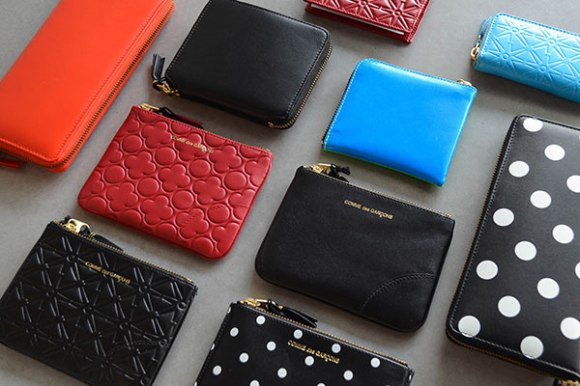 A wallet, a man purse, a murse, a man clutch, a mutch – call it what you will but these accessories from Comme des Garcons are amongst my most favourite accessories ever created. Large enough to fit cash, cards and house keys, they are the perfect hold-all for the modern man. My first Comme des Garcons wallet was a gift from my sister and so vital was it to my day-to-day life, that I wore through the leather and had to replace it recently with an updated version. Reasonably priced around the £60 mark they are a luxury leather good which won’t blow your budget.

WHY GAY MEN ARE SO MEAN TO EACH OTHER

I could have entitled this post ‘Why people are so mean to each other’ because the reason is common across all sexualities. For the purposes of this post though, I’m going to focus on the gay experience. Why? Because the factors at play that cause us to tear each other down are often stronger in gay men which can make us meaner than most.

Why do we look at the success of other gay men and find reasons to justify why they’re not deserving of it? Why do we make fun of fellow gay men who are different from us just for being themselves? Why do spread rumours, leave hurtful messages on social media and ostracise others from within our own community? The simple answer is insecurity and what is insecurity? Insecurity is the fear of not enough.

When we see people doing something for which we negatively judge them it’s because it stirs something within ourselves that we do not like. Do you discount someone else’s success by spreading rumours that he slept his way to the top? Chances are you are insecure about your own ability to achieve your goals. Have you purposely excluded someone from your friendship circle because you think that he’s not good enough to be your friend? Chances are that you yourself don’t feel worthy enough to be loved by others. Extreme action is in itself a reflection of its opposite. I will repeat that for emphasis. Extreme action is in itself a reflection of its opposite. The loudest people are often the most afraid, the most confident often the most anxious and the most popular are often the loneliest.

Many of us gay men have been made to feel insecure through our formative years because of our sexuality. Once we are liberated we have the option to overcome that insecurity. For some though this insecurity becomes internalised, covered up; it is left unaddressed and surfaces as bitchiness, meanness and what can only be compared to adolescent behaviour (because adolescents are often the most insecure!).

Where does this insecurity originate? It comes from the fear of not enough. I’m not good enough. Rich enough. Handsome enough. Fit enough. Masculine enough. Popular enough. Smart enough. Loveable enough. Seeing good, rich, handsome, fit, masculine, popular, smart and loveable people awakens the insecurity within us. We tell ourselves that these people are flawed to make ourselves feel better because we are afraid that if they succeed then by law we must fail. This is the power of scarcity, a function of modern society which convinces us that we will never be or have enough. We have been misled to think that in order to get ahead we have to aggressively force our way past others but the universe doesn’t operate with that same limited mentality. The universe is abundant. There is enough oxygen for everyone, enough money to be made, enough opportunity for all those that seek it. Just because someone else has a boyfriend or an apartment or a dream job, does not mean that you cannot have those things too. When you look at the world from a place of abundance then the fear of not enough vanishes and with it your own insecurities.

Something else happens when you see the world from a perspective of abundance – you actually begin to see people differently too. People’s successes do not cause you shame or jealously but act as an example of what can be achieved. Instead of wishing failure on your fellow gay man, you honour his achievements which in turn actually empowers you to go after your own. It’s rather quite simple.

So if you’re ever the victim of a mean gay then now you know that he himself is actually suffering. A person who sees the world from a secure, abundant space will never be threatened by another’s triumphs nor will he find reason to be mean to his gay brethren. 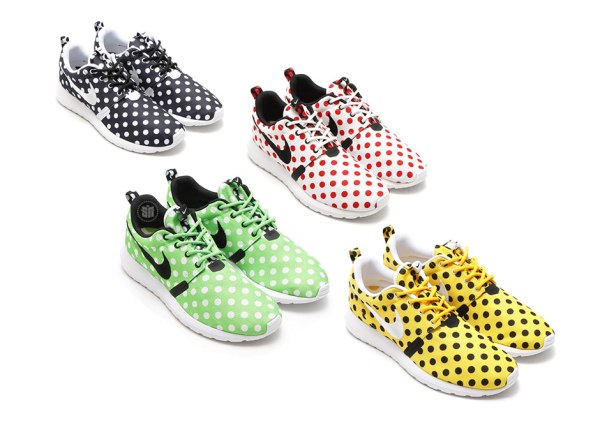 My wardrobe mainly consists of clothes in the shades of black, grey and white. When I’m feeling particularly adventurous then I may wear an all blue ensemble. It’s been fun to experiment with clothes while growing up but as I have gotten older and learnt what looks best for my skin and body type, I’ve settled on a style that works best for me which I update seasonally.

Black, white and grey may sound very boring but I like to accent this minimalist look with a striking sneaker or shoe. I’ve always been jealous of girls because girls can wear a simple jeans and t-shirt combo with a killer pair of heels and they’ll look a million dollars. Boys on the other hand don’t have the luxury of upgrading an outfit from casual to chic just by throwing on a different pair of shoes.

When it comes to the perfect signature sneaker, I always find myself lusting over a new edition of Nike. Right now I am absolutely loving my brand new pair of Nike Roshe One NM in black and white polka dots. These epic sneakers come in four different colourways and it’s my dream to have them all. Put together with a skinny black trouser, oversized black t-shirt and leather jacket, the Nike Roshe One NMs command attention so be warned that they aren’t for the stylistically shy.

Before I fell head over heels (yay, puns!) for my polka dot puppies, my previous affair was with a subtle, yet equally impactful pair of Roshe One Flyknit Premium in a delicious olive green. I was so attached to these sneakers that I was afraid to wear them out of the house for fear of ruining the crisp white midsole. Two month prior I also purchased them in grey. 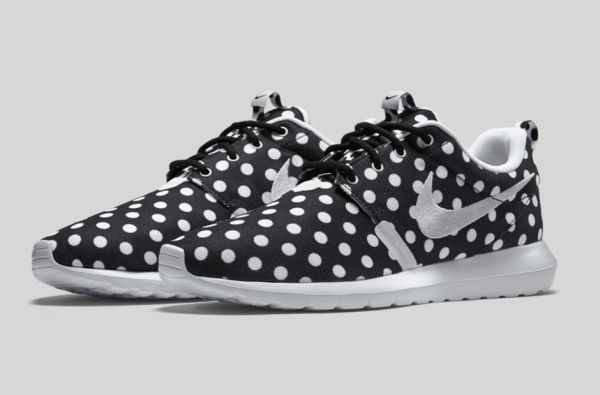 WHY COMING OUT IS SO HARD YET SO REWARDING

Today we observe National Coming Out Day and to mark the occasion, here is a list of 8 reasons why coming out is one of the hardest things you will ever have to do and yet the most rewarding.

Sundays are for long baths, sleeping in and spending the day lounging around the house (shirtless or in your Sunday best), just like Nick Steele in this 2013 shoot by Tony Duran. 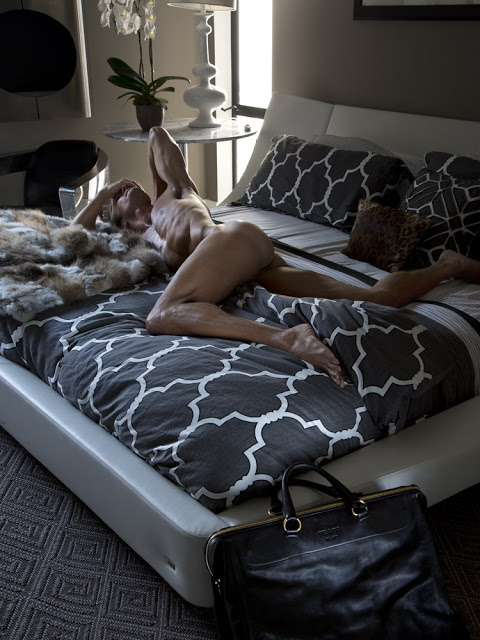 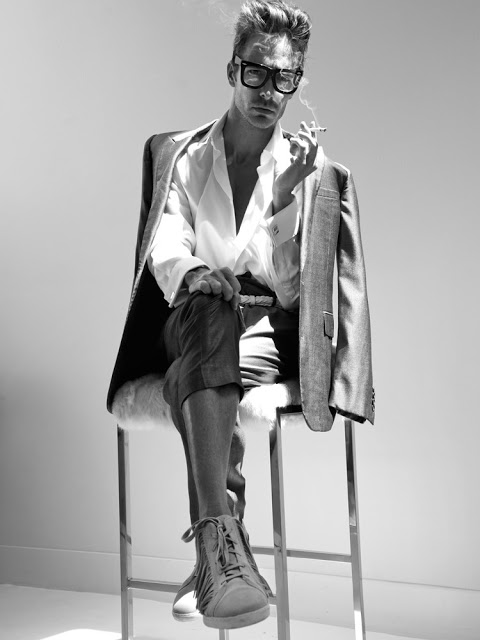 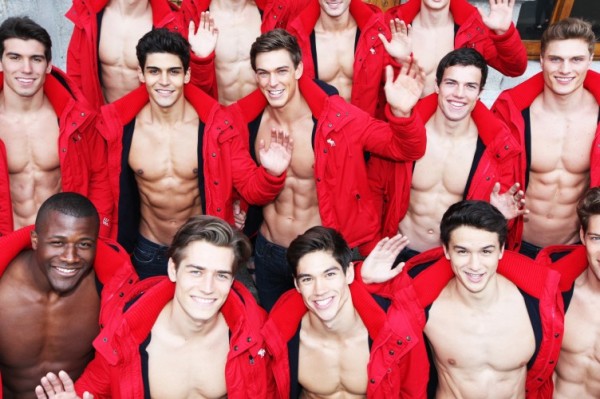 One week into 2015 and chances are that you have already broken most of your New Years resolutions. While you attempt to find your way back onto the right track towards health, happiness and your dream job, why don’t you also cleanse your soul of poisonous people? Here’s a list of 15 gay guys to avoid or remove from your life in 2015.

Disclaimer: the people mentioned below might also be your straight friend, female colleague or family member and should be detoxified from your life just the same. And another thing, don’t take this list too seriously…